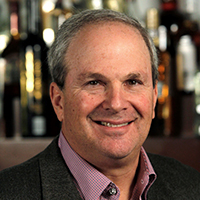 Sheldon “Shelly” Stein serves as President of Southern Glazer’s. Previously, he served as President and CEO of Glazer’s. Before beginning his tenure with Glazer’s in 2010, Stein had been a Vice Chairman of Global Investment Banking at Bank of America Merrill Lynch since March 2008. In this role, he served as Glazer’s lead advisor and had worked closely with the Glazer Family and executive team as well as its suppliers on many strategic fronts. Before joining Bank of America Merrill Lynch, Stein was a Senior Managing Director at Bear, Stearns & Co. Inc. for over 20 years. Prior to Bear Stearns, Stein served as a partner in the Dallas law firm of Hughes & Luce. He serves on the Board of Directors of Tailored Brands, Inc., ALON USA Partners, LP as well as Ace Cash Express. Stein received his J.D. from Harvard Law School and his Bachelor’s degree Magna Cum Laude from Brandeis University, where he was a member of Phi Beta Kappa.