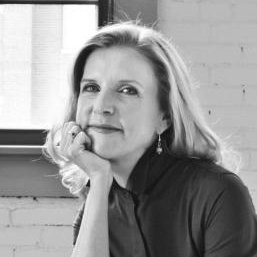 Nancy Kramer serves as the Global Chief Evangelist for IBM iX. She is the founder and former CEO of Resource/Ammirati, an award winning digital agency acquired by IBM in 2016. Recognized by Advertising Age as one of the “100 Most Influential Women in Advertising History,” Kramer has spent a lifetime as an entrepreneur in marketing and technology. In her role at IBM, she focuses on C-Suite client relationships with Chief Marketing Officers and Chief Digital Officers, as well as CEOs. She is a subject matter expert in the area of corporate vision, marketing, marketing experiences and marketing transformation.
Believing computers would change the world, Kramer launched Resource with Apple as its first client in 1981, growing the company into a multi-office, 350-associate digital marketing pioneer. Over three decades her team’s iconic work included many industry firsts, from creating Apple’s first interactive retail experience, to launching one of the internet’s first live streaming events which is memorialized in a time capsule at MIT Sloan’s School of Management to the first fully integrated social commerce experience, which received a U.S. patent.
Kramer serves on a number of boards, including Wexner Center for the Arts, The Columbus Foundation, The Columbus Partnership, The Wellington Initiative, Root Insurance and publicly traded MI Homes. Kramer is an outspoken advocate for LGBTQ rights, having testified in front of a Congress in support of the Employment Non-Discrimination Act, or ENDA, and also named an LGBTQ Ally of the Year in 2013 by Equality Ohio. Kramer is the founder of the FTT Foundation, which through the Free the Tampons campaign has launched a national discussion about access to feminine care products in public restrooms. She serves on the Global TEDx Council and has served as the Co-Organizer TEDx Columbus since its’ inception.