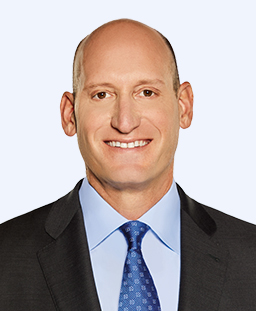 David Gitlin is Chairman & Chief Executive Officer of Carrier. He previously served as President & CEO and was elected Chairman of the Board in April 2021. Before joining Carrier, he was President and Chief Operating Officer of Collins Aerospace, which was created by bringing together UTC Aerospace Systems and Rockwell Collins. Prior to Collins Aerospace, he was President of UTC Aerospace Systems, which was created by bringing together Goodrich Corporation and Hamilton Sundstrand.
‍

Dave earned a bachelor’s degree from Cornell University, a Juris Doctor from the University of Connecticut School of Law, and an MBA from MIT’s Sloan School of Management. He serves on the Board of Directors for The Boeing Company and is a member of the MIT Sloan Executive Board. Dave and his wife Stephanie have three children.