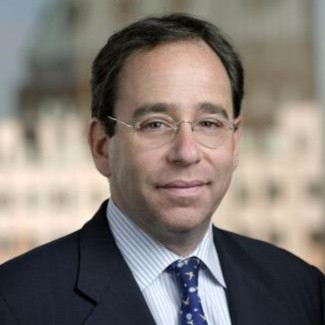 Tom Nides is the Managing Director and Vice Chairman of Morgan Stanley. In this role, he is responsible for focusing on the Firm’s global clients and key constituencies, as well as working with management teams on issues related to external and governmental affairs. In addition to these responsibilities, he also serves as a member of Morgan Stanley’s management and operating committees.
‍

Tom’s career began on Capitol Hill as an assistant to the Majority Whip of the United States House of Representatives and executive assistant to the Speaker of the House. For ten years, he served as Chief of Staff for several congressional representatives, pivoting to the financial world in 1996 by becoming the Head of Corporate Affairs for Dean Witter Discover and Co. After spending eight years in various leadership positions at several communications and finance firms, Tom joined Morgan Stanley as the Firm’s Chief Operating Officer in 2005, where he remained until becoming the Deputy Secretary of State under Hillary Clinton in 2011. He rejoined Morgan Stanley in 2013.
Tom had the privilege of serving under the Obama administration as Deputy Secretary of State, where he was awarded the Secretary of State’s Distinguished Service Award in January 2013—the nation’s highest diplomatic honor.
‍

In addition to his work at Morgan Stanley, Tom also serves on various non-profit boards, including the Board of Asia Society, the Atlantic Council, the International Rescue Committee, and the Urban Alliance Foundation. He is a member of the Council on Foreign Relations, and was the former Chairman of the Board of the Woodrow Wilson Center, a leading non-partisan think tank. Tom was appointed Chairman in September 2013 by former President Barack Obama.