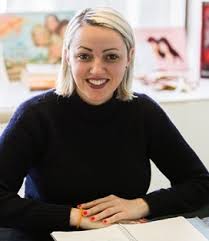 Sophia Ross, former TV producer, is chief executive of downtown Los Angeles-based HelloGiggles, an ad-supported destination online for news and entertainment aimed at girls and young women. Time Inc. bought the start-up for around $30 million in October, allowing for more than 30 new hires to sell ads and to create shows, movies and podcasts. HelloGiggles draws about 11 million monthly visitors.

Sophia grew up in Beverly Hills and earned steady pay as a babysitter and summer camp counselor. The jobs showed her alternative routes to make money, and she decided to skip college.

Later, she imagined HelloGiggles as an online summer camp, where writers are paid “after-school baby-sitting money” for their efforts.

Before HelloGiggles, Sophia helped produce reality TV series including “The Hills” and “The City” as well as the mega-hit “Glee.”

Sophia doesn’t work or use her phone from Friday evening to Saturday evening in observance of Shabbat, the Jewish Sabbath. She adopted the regimen 31/2 years ago, tired by the “always-on” start-up culture.

Rossi is a graduate of Beverly Hills High School. She lives in West Hollywood and meditates twice a day. Rossi is the author of “A Tale of Two Besties.”