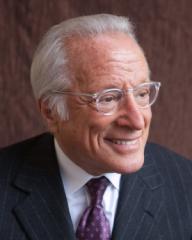 Sidney J. Feltenstein has had a wide-ranging career as a traditional corporate executive, a successful entrepreneur and a supporter of worthwhile non-profit entities.

Feltenstein has a great track record for rejuvenating brands. In 1995, He led an investment group that bought A&W Restaurants from Detroit real estate magnate Alfred Taubman. Under Feltenstein's leadership, the chain grew from 450 to almost 1,000 units in just five years. In 1999, Feltenstein and his investment group purchased Long John Silver's and formed Yorkshire Global Restaurants, the holding company for A&W Restaurants and Long John Silver's. The Company's sales grew five times and its operating profits grew by 40 times - led by a stunning turnaround in Long John Silver's sales and profits. He sold this company to YUM Brands in 2002.

After leaving YUM Brands, Feltenstein founded a new company called Sagittarius Brands - and acquired Captain D's Restaurants and Del Taco Restaurants, both totaling approximately 1,100 locations and over a billion dollars in revenue. After combining the two companies and installing a management team, Feltenstein went on to pursue other projects.

Feltenstein began his career at the Proctor and Gamble Company where he held several brand management positions. He has also spent time with what is now Bozell as an Account Executive and Account Supervisor. He then became Director of Marketing for the Speidel Division of Textron and the Vice President of Marketing for Candy Corporation of America.

In 1972, Feltenstein joined Dunkin' Donuts and spent 19 years at that company in both operations and marketing - the last twelve of which were as Chief Marketing Officer. In his tenure as head of marketing for Dunkin' Donuts, that company was a consistent industry leader in same store sales growth. In 1992 he left Dunkin' Donuts to become Executive Vice President of Worldwide Marketing for the Burger King Corporation and is widely credited for reversing an eight year decline in customer traffic.

When not involved in his professional pursuits, Sid resides in South Florida with his wife Lisa. Together, they have three children and six grandchildren.