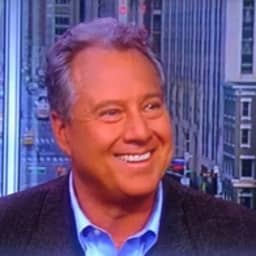 Prior to forming 32 Advisors, Robert spent 18 years at UBS, a global financial services firm. There he held several senior positions including Chairman and CEO of UBS Americas and President and Chief Operating Officer of the Investment Bank. He joined UBS in 1994after spending 10 years at Salomon Brothers.

Robert held three Presidential appointments under President Obama; as a member of the Economic Recovery Advisory Board from 2009-2011, the Council on Jobs and Competitiveness from 2011-2013 and the Export Council from 2014-2016. In 2012 Robert was on the Homeland Security Advisory Council's Border Infrastructure Task Force.

Robert serves on the Board of Directors of the Obama Foundation, on the Undergraduate Executive Board of the Wharton School, on the Economic Advisory Council for the Center for American Progress and on the board of the Partnership for NYC. He formerly served as Vice Chairman of the Robert F. Kennedy Center for Justice & Human Rights, on the board of trustees of the Children's Aid Society, on the Athletics Board of Overseers at the University of Pennsylvania and on the Board of Directors of the Financial Services Roundtable. Robert was named to Worth Magazine's 100 Most Powerful People in Finance multiple times, including most recently in 2018. In 2012-2013, he hosted the show "Impact Players" on the Reuters Channel on YouTube TV. In December 2016, Robert joined Fox News/Fox Business as a TV contributor.

Robert is a graduate of the Wharton School at the University of Pennsylvania, receiving a B.S. in Economics. While at UPenn, he played on the varsity football team that won IVY League Championships in both the 1982 and 1983 seasons and was an honoree into the Ivy Football Association in 2013. In May2014, Robert received the Distinguished Alumni Award from the Wharton School. He currently resides in Purchase, NY and grew up in Marblehead, MA and is in the town's Athletics Hall of Fame. His wife, Carol, is a Director of Events & Strategic Partnerships at Sandy Hook Promise.