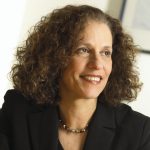 Paula Gold is currently Chief Regulatory Counsel for Plymouth Rock Assurance Corporation. She has served in a number of different positions at Plymouth Rock, including General Counsel. Prior to that, Ms. Gold was Senior Vice President of New England Power Service Company. Ms. Gold has held several positions in Massachusetts Government. She was the Secretary of Consumer Affairs and Business Regulation, a cabinet position in the Administration of Governor Michael S. Dukakis. As Secretary she was responsible for overseeing seven state agencies, including the Banking Department, Insurance Department, and the Public Utilities Commission. She has also served as an Assistant Attorney General and Chief of the Consumer Protection Division, as well as Chief of the Public Protection Bureau in the Office of Attorney General Frank Bellotti. Prior to that, she was Commissioner of the Department of Public Utilities.
Ms. Gold has served as a member of the Governing Committee of the Commonwealth Automobile Reinsurers, the Massachusetts reciprocal insurance market.
Before her government service, Ms. Gold was a Litigation Specialist with the Massachusetts Law Reform Institute and a Managing Attorney with the Boston Legal Assistance Project.
Ms. Gold is a graduate of Boston University and Boston College Law School. She has taught courses at Boston College Law School and Harvard Law School. She is a Director of Health Law Advocates, a Director of WalkBoston, a Former Board Member of Conservation Law Foundation, and Director and Former President of the Ford Hall Forum.