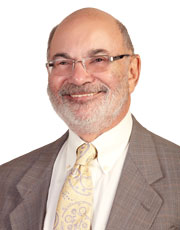 Recognized as a national leader with over 50 years of experience in the field of public administration, housing and community development. Successful senior management experience relating to organizational development and reinvention, strategic planning, annual business planning, staff development, profitability and media relations.Marvin is a graduate of the City College of NY, and holds a Masters of Public Administration from Syracuse University. He served in the U.S. Air Force from 1961-1962. From 1973-1997, he served as a member of the adjunct faculty in the Political Science Department at Northeastern University in Boston, teaching in the Masters of Public Administration program.

Marvin was a career staffer at the U.S. Department of HUD from 1961-1983, rising to become the Director of theHUD Boston Area Office. He directed and supervised a staff of over 400 real estate and urban planning specialists in five HUD offices in New England, and had final decision-making authority for HUD's FHA and public housing new construction and asset management programs. The Boston office became the largest volume producer of FHA and public housing in the country. During this period, Marvin was the recipient of the highest departmental commendation for excellence in community development, fair housing and equal opportunity, housing production and housing management activities.

He was then appointed Executive Director of the MA Housing Finance Agency and served in that position from 1983-1995, gaining national recognition for his leadership of this quasi-public residential lending institution with a portfolio of over $4.2 billion and a highly diverse staff of over 350 real estate, banking and support persons. Funds are raised by accessing the taxable and tax-exempt bond markets. The multifamily portfolio consisted of over 440 multifamily rental housing developments of over 52,000 housing units; the single-family housing portfolio consisted of 15,000 home mortgages. Under his leadership, MHFA was reinvented from a traditional public agency to a nationally acclaimed entrepreneurial organization known for its creativity and success.

Leaving MHFA in 1995, Marvin founded Housing Partners, Inc. with his collegue Eleanor White. He is Chairman of the firm, an affordable housing consulting firm, representing clients in the public, quasi-public, and private sectors in the planning, development, and financing of a wide range of affordable and mixed-income housing. In that capacity, he was selected by former FHA Commissioner Nic Retsinas to chair a HUD working group consisting of representatives from HUD, Congressional staff OMB, Treasury, local officials, tenant organizations, and nonprofit and for-profit developers. In 2005, he served as a consultant to the National Governors Association initiative to assist selected states to more effectively coordinate economic development and housing production planning.