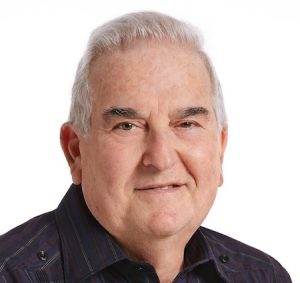 Joseph Roisman was the Executive Vice President for Perry Ellis International. Originally known as Supreme International, Joe has held various positions at the company in his 49 years of service and played an integral role in its growth and expansion, including the acquisition of the Perry Ellis name in 1999. He is currently semi-retired.
Since that time, Perry Ellis has grown to be one of the leading designers, distributors and licensors of apparel and accessories in the world with well over $1 billion in retail sales. The company, through its wholly owned subsidiaries, owns or licenses a portfolio of brands including 29 of the leading names in fashion such as Savane, Original Penguin, Callaway, Nike, Swim, Cubavera. As Executive Vice President, Roisman has overseen numerous aspects of the company, including sales, sourcing and operations.
Joe has been an active member of the Beacon Council since 1998. He serves on the board of directors. He also is past board chair of the Cancer Support Community of Miami. He is on the board of directors at Actors Playhouse in Coral Gables, The Education Fund and Friendship Circle of Miami. He served on the executive board of the Greater Miami Jewish Federation, The Dave and Mary Alper Jewish Community Center, South Dade Executive Council of AIPAC, United Way cabinet and is a past president of Temple Samu-El Or Olom.
He was honored by the Cancer Support Community of Miami, Cystic Fibrosis Foundation  and the Doral Business Council,
Born in Havana, Joe came to the United States from Cuba via Israel and his story is a true inspiration. He served in the Israeli Defense Forces and is a veteran of the Six Day War in 1967. Married to Wife Aida for 50 years, Joe has 4 sons, 3 daughters in law and 4 grandchildren.