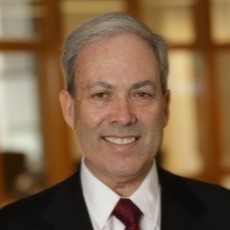 Jon was previously General Counsel for UBS Wealth Management Americas and before that was the Co-Head for Global Litigation, Regulatory and Employment Law for Merrill Lynch.  Earlier in his career, Jon was an attorney in the SEC’s Office of General Counsel, a partner with K&L Gates, and Of Counsel at Skadden Arps.

Jon is the editor of Litigating Securities Class Actions, published by LexisNexis, and is the author of more than 60 articles that have appeared in various securities law publications.  Jon graduated from Cornell University and the University of Virginia School of Law.