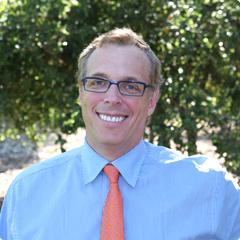 He then spent six years at Acuson Corporation (an NYSE-traded company that is now part of Siemens), where he was Executive Vice President, ran marketing and led the cross-functional management of the company's product introductions. In 1995, he licensed the technology that served as the core of Intuitive Surgical, Inc. (ISRG), co-founded Intuitive, drove the creation of its initial business plan, and raised its initial venture capital. He then spent two years as the West Coast partner in the Private Equity group of Chancellor Capital Management (now INVESCO), where among other things he led a PIPE investment in Celgene (CELG), before founding Skyline Ventures in 1997. He has experience with most of the major sectors of the healthcare investment market including small molecule and protein therapeutics, medical devices, diagnostics and biotech tools, at stages from start-up to public company investing.

He received a BA from Harvard College, an MD from Harvard Medical School, and an MBA from Harvard Business School, where he was a Baker Scholar and won the Loeb Fellowship in Finance. He was previously on the boards of Mako Surgical (sold to Stryker) and Intuitive Surgical, among other companies, and is currently on the boards of XenoPort (XNPT), Tetraphase Pharmaceuticals (TTPH), Proteon Therapeutics (PRTO) and Collegium Pharmaceutical (COLL), as well as several private companies. He is a director of three mutual funds managed by Capital Research and Management: Fundamental Investors, the Growth Fund of America and the SMALLCAP World Fund. He is a member of the Advisory Board for the Harvard Business School Healthcare Initiative. In a previous life, he was the co-author of The Official MBA Handbook, which spent 16 weeks on the New York Times bestseller list in 1982.