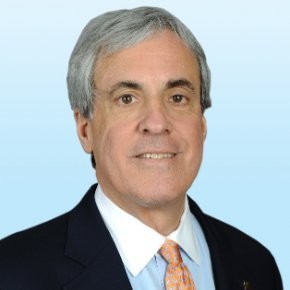 James B. Emden serves as a Vice Chairman of Helmsley Spear, LLC. Mr. Emden’s primary focus is the representation of tenants, from a wide range of industries, in the acquisition of space through lease or purchase as well as in the marketing and disposition of real estate.  His representation also includes property owners, investors, and developers.  While his work focuses predominantly in the New York City area, Mr. Emden’s clients are both local and national.

Mr. Emden’s understanding of this history and impact of market dynamics, and his savvy lease structuring and collaborative negotiation style have resulted in long-term, multi-market relationships and accelerated client successes.  In an ever and rapidly changing real estate market and industry, he constantly hones his capabilities and service methodology, identifying new resources and engaging in strategic professional partnerships to ensure clients have the information and expertise necessary to maximize all opportunities.

Mr. Emden began his real estate career in the real estate department of Loews Corporation.  He was a founding executive and spent the bulk of his real estate tenure the Edward S. Gordon Company, a New York real estate institution where he joined the firm in 1974. ESG was purchased by Insignia in 1997 and then merged with CBRE in 2003. Edward S. Gordon’s industry-leading gold standard and legacy of excellence is the foundation of Mr. Emden’s work ethic.

Mr. Emden has served on Board of Directors of the Arts & Sciences School at Ohio State University from 2010-2013. He also served as Chairman of the Real Estate Division of Israel Bonds and the Jeffrey Modell Foundation for his commitment to these organization.