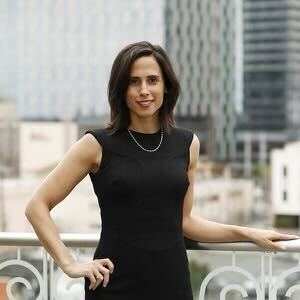 Prior to joining UTA, Karatz served as the president of the XFL’s Los Angeles Wildcats, where she led all business operations for the team including partnerships, ticket sales, marketing, media and fan engagement. She also previously served as the Executive Vice President & General Counsel of the Los Angeles Football Club where she played a critical role in LAFC’s business development initiatives and was responsible for overseeing all legal matters related to management and operations, stadium construction, and ancillary businesses. Prior to joining LAFC, Heather was the General Counsel and SVP of Independent Sports and Entertainment, formerly known as Relativity Sports. In her role, Heather represented over 300 professional athlete clients across the NFL, NBA and MLB, and was responsible for negotiating and securing marketing deals, advising the Company’s Board, management and investors, leading civil and criminal litigation matters, and interpreting collective bargaining agreements and union regulations. Heather also worked as an attorney for the NHL and in the management council of the NFL. She began her legal career as a labor and employment attorney at Hunton & Williams, LLP, a large international law firm.

Heather earned her law degree from the University of California, Los Angeles in 2009 and graduated from Vanderbilt University in 2006 with a Bachelor of Arts in Spanish and minor in philosophy.