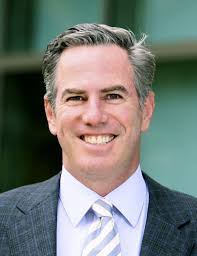 Gary Pinkus is the Chairman for McKinsey & Company in North America. He was previously the Managing Partner for the firm in North America, and before that led McKinsey’s office for the Western United States. He is also the former global leader of McKinsey’s Private Equity & Principal Investors Practice, which he helped cofound almost two decades ago. He serves clients across a variety of different industries and topics, including leading companies in private equity, healthcare, and energy.

Gary joined McKinsey & Company in Los Angeles in 1987 as a business analyst and came to the firm's San Francisco Office in 1992. Over the course of his career, he has worked for Dole Fresh Fruit in Honduras; Bear Stearns' Mergers and Acquisitions Group in New York; and in McKinsey's Houston, Mexico City, Sydney, and Zurich offices. In addition to his client work, Gary has been a member of the firm’s Shareholders Council (Board of Directors) for almost a decade, and now chairs the Senior Partners Committee (the committee responsible for evaluating McKinsey’s senior partners).

Gary earned his B.A. in English and Quantitative Economics with Distinction from Stanford University and his M.B.A. with Distinction from Harvard Business School. He and his wife, Mary, have been married for 30 years and have four children (ages 17 through 24); they also have three dogs and live in Woodside, California.