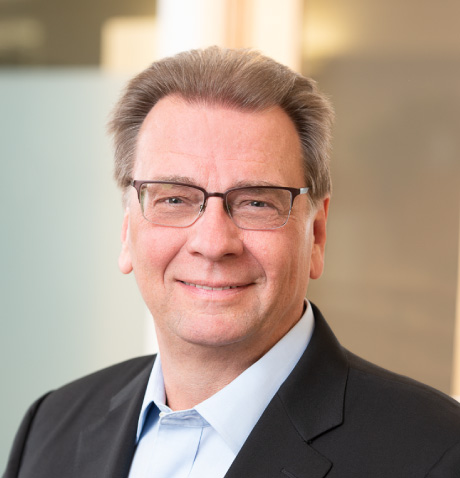 Chuck has served as President, Chief Executive Officer and Board Member of Mirati Therapeutics since 2012. Under his leadership, Mirati has transformed into a precision oncology company focused on advancing drug discovery and research and delivering novel therapeutics that target the genetic and immunologic drivers of cancer.
Prior to joining Mirati, Chuck was Senior Vice President for Biotherapeutic Clinical Research within Pfizer’s Worldwide Research & Development division. He was at Pfizer from 2003 to 2012, serving in roles of increasing responsibility, including Vice President, Head of Oncology Development and Chief Medical Officer for Pfizer’s Biotherapeutics and Bioinnovation Center. He was responsible for the development of Pfizer’s oncology portfolio, including Inlyta,* Xalkori* and the approval of Sutent.* Prior to Pfizer, Chuck was at Schering-Plough where he was responsible for the Phase I-IV development of several oncology compounds, including Temodar.*
Chuck’s career has also included academic and hospital positions at Stanford and Emory universities. He currently serves as chairman of the board at OncoMyx Therapeutics and PMV Pharmaceuticals, Inc. and on the Scientific Advisory Board at ALX Oncology. He served as a member of the board of Array Biopharma from 2014 to 2019 when it was acquired by Pfizer, Inc., Immunomedics from 2019 to 2020 when it was acquired by Gilead, and BCTG Acquisition Corp from 2020 to 2021 when it merged with Tango Therapeutics.
Chuck received his M.D. and Ph.D. degrees from Washington University School of Medicine and completed his post-graduate training at Stanford University. Additionally, he has received research support from the National Institutes of Health and the American Cancer Society, published more than 50 peer-reviewed manuscripts and holds a number of patents and patent applications.

* Trademarks are property of their respective owners.