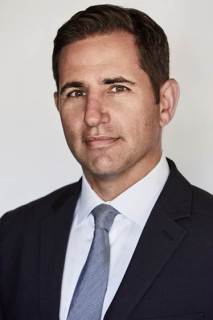 Brian is President and COO of Bad Robot. Bad Robot, formed by filmmaker J.J. Abrams in 2001, has produced television series such as Alias, Lost, Fringe, Person of Interest, and Westworld, feature films such as Cloverfield, Super 8, Mission: Impossible — Rogue Nation, Star Wars: The Force Awakens, and Star Trek: Beyond, and interactive content including the mobile app Action Movie FX and the upcoming game SPYJiNX, in partnership with ChAIREntertainment. Bad Robot’s first foray into publishing, S., a novel conceived by Abrams and written by Doug Dorst, was a New York Times Best Seller. Brian joined Bad Robot in June 2017 after serving as Head of Global Client Strategy at Creative Artists Agency, where he focused on entertainment and sports ventures. In that role, Brian led the agency’s efforts to maximize value, generate revenue, and oversee business development for the agency’s most prolific and entrepreneurial clients in all areas. Before joining CAA, he was a corporate associate at the law firm Skadden, Arps, Slate Meagher & Flom.

Brian has a BA from Yale and a JD from Columbia. In addition to his corporate background, Brian has extensive political and nonprofit experience. Brian co-founded OppNet with CEO Jessica Pliska in 2003 and received the Champion of Social Entrepreneurship award from CoachArt, a nonprofit serving young children facing serious illness, in recognition of his work. He is also a former White House intern in the Clinton administration.