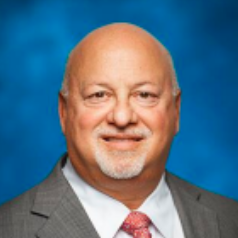 Ben Plotkin joined KBW in 2013 upon its acquisition by Stifel. Ben serves as Executive Vice President  of KBW and Vice Chairman of its parent, Stifel Financial Corporation, a NYSE listed public company.  He also serves as Executive Vice President of Stifel, Nicolaus, and as a director of Stifel Bank.  Previously, he was Chairman & CEO of Ryan Beck & Co which merged with Stifel in 2007. He joined  Ryan Beck as an Investment Banker in 1987. Ben is frequently called upon to provide strategic advice to  financial institutions. Earlier in his career, Ben was an attorney at a Washington DC law firm. He  received an undergraduate degree from University of Florida in Economics and a law degree from  Georgetown University Law Center.

Ben is on the Executive Council and Board of Trustees of the American Jewish Committee. He also  serves as a Trustee of The Washington Institute and is active with the YPO Gold and CEO  organizations. Ben serves on the Board of OurCrowd, the most active venture capital firm based in  Israel.