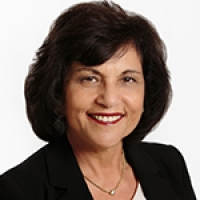 Aya Jakobovits founded Adicet Bio, Inc. in 2014 and served as its President and CEO until February 2018. She served as a Venture Partner at OrbiMed from 2011-2016. Previously, from 2010-2013, Dr. Jakobovits served as the President and Founding CEO of Kite Pharma, Inc., sold in 2017 to Gilead for $11.9 billion. Before joining Kite Pharma, she served as Executive Vice President, Head of Research and Development at Agensys, Inc., an affiliate of Astellas Pharma Inc. Before Agensys acquisition in 2007 in a deal valued at up to $537 million, Dr. Jakobovits served as Agensys’ Senior Vice President, Technology and Corporate Development and Chief Scientific Officer and led its R&D, clinical and corporate development operations.

Prior to Agensys, she served as the Director, Discovery Research and Principal Scientist at Abgenix, Inc., which was spun out of Cell Genesys, Inc. and based on the XenoMouse® technology developed under her leadership. Abgenix was acquired by Amgen Inc. for $2.2 billion. Dr. Jakobovits received her B.Sc. cum laude from the Hebrew university of Jerusalem, her M.Sc. in Chemistry and Ph.D. in Life Sciences from the Weizmann Institute of Sciences, Israel, and was a postdoctoral fellow at UCSF and Genentech. Dr. Jakobovits is an author of over 50 scientific publications and inventor of over 120 patents. She is a Director of UCLA Technology Development Corporation and the Alliance for Cancer Gene Therapy.