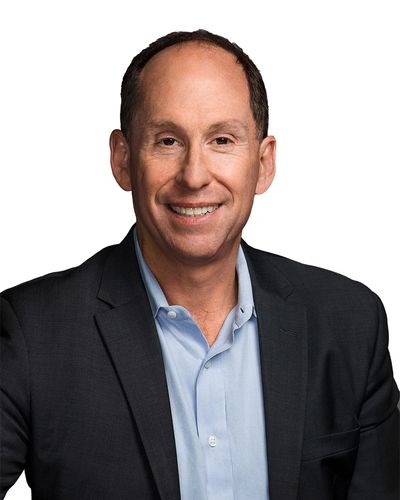 Andy Kaplan is the co-founder and chairman of KC Global Media Entertainment, which was established to acquire Sony's Asian media networks business (deal is scheduled to close in Spring of 2020). Kaplan is the former President of Sony Pictures Worldwide Networks. Based at Sony Pictures headquarters in Culver City, California, Kaplan led Sony's global SVOD and AVOD OTT services and linear networks and related investments, with over 180 channel feeds reaching nearly two billion subscribers. At the end of Kaplan's tenure at Sony, the media networks unit had over 4,000 employees and was earning over $2.5 billion in revenues and over $250 million in operating profit.
Under Kaplan's leadership, through both organic growth as well as through multiple transactions, the Sony Pictures Worldwide Networks portfolio rapidly grew from just a handful of international linear channels to include some of the most popular OTT and linear media brands around the world, including Crackle, the multi-platform, avod streaming service with popular TV shows, original series and feature films available on every screen in 21 countries; Sony Liv, one of India's leading OTT platforms, GSN, which offers original and classic game show programming and digital games to American audiences; AXN and AXN Now, offering international audiences the best in U.S. entertainment with an edge; ANIMAX and ANIMAX OTT, the premiere brand in Japanese anime; and Sony Channel, representing the best quality U.S. entertainment for worldwide audiences.
Kaplan led the continued success of Sony Pictures Networks India (SPNI), which for over twenty years has operated several of the most popular channels and brands in the highly lucrative and rapidly growing Indian television market. In recent years, Sony's Indian media business has expanded from the top-rated flagship Sony Entertainment Television brand through acquisitions, partnerships, and new channel launches. Recent additions to SPNI's portfolio included the joint-venture Sony ESPN and Sony BBC Earth channels, as well as the $385M acquisition of TEN Sports, India's most popular sports networks. Kaplan spearheaded SPNI's acquisition of the initial $1 billion ten-year broadcasting rights agreement for the Indian Premiere League.
Among Kaplan's priorities was the expansion of Sony Pictures Worldwide Networks into new markets and new businesses. In addition to the TEN Sports acquisition in India, Sony Pictures Worldwide Networks' recent acquisitions and investments included the acquisition of anime company Funimation which boasts a catalog of 10,000 hours of content with rights to over 450 brands along with the FunimationNow streaming platform for North American English-language audiences; a new joint venture between Sony's Animax and Mitsui's Kids Station that brings together the two most watched dedicated Anime cable channels in Japan; the acquisition of digital cross-network ad sales company IMS/Httpool which operates in Latin America, Central and Eastern Europe and Asia; TruTV in the UK; and an investment in Dori Media's channels in Israel and Indonesia.
Sony Pictures Worldwide Networks prioritized the development of original programming under Kaplan, launching global original productions like the thriller series Absentia and detective procedural Carter for Sony's AXN channels; locally-produced versions of Shark Tank in Mexico, Brazil and Colombia, Top Chef in Mexico, The Amazing Race Asia, and Asia's Got Talent; and Crackle Originals including Snatch, StartUp, and the series The Oath, executive produced by Curtis “50 Cent” Jackson's G-Unit.
Prior to this position, Kaplan spent over a decade serving as EVP and Chief Operating Officer of Sony Pictures Television Group, overseeing the business operations of Sony's global television businesses. His previous experience includes senior positions at Hollywood Stock Exchange, Hal Roach Studios and Embassy Pictures, as well as consulting roles with Starz, AARP, Sony Corporation of America, Lionsgate Entertainment, Liberty Media, Fremantle Television and Galan Entertainment, among others.
Kaplan is Non-executive Chairman of Qyou India, Chairman of the Board of Directors of the National Association of Television Programming Executives (NATPE), Chairman of the Board of Directors of the Cayton Children's Museum, and Chairman of the Board of Governors for the USC Annenberg School's Center for the Digital Future, as well as a member of the Board of Directors for both the International Academy of Television Arts & Sciences and the UCLA School of Theater, Film and Television. Kaplan was a member of the Board of Directors of Nasdaq listed, Liberty Interactive and a former member of the Executive Committee of the Academy of Television Arts & Sciences.