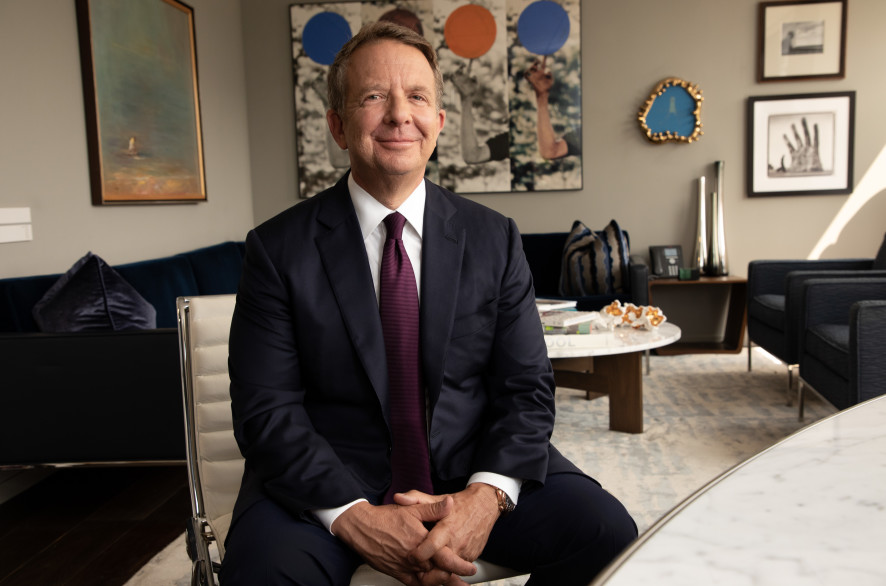 Jeremy Zimmer is Chief Executive Officer and founding partner of United Talent Agency, one of the world's premier talent and literary agencies representing many of the most acclaimed figures in entertainment and media, across movies, television, digital, broadcasting, theater, video games, books, music, and live entertainment.

The grandson of legendary Hollywood studio chief Dory Schary, Zimmer began his career at age 19 in the mailroom of the William Morris Agency. After moving to Los Angeles in 1984, he joined ICM and eventually ran both the Motion Picture Literary and Motion PicturePackaging departments. He became a partner at the Bauer/Benedek Agency, and in1991 he helped found United Talent Agency through a merger of Bauer/Benedek andLeading Artists Agency. Throughout his career as an agent, Zimmer has represented Mariah Carey, Bryan Cranston, DJ Khaled, Chelsea Handler, KevinHart, Anthony Hopkins, Marc Lawrence, Brian Robbins, M. Night Shyamalan, andYG.

Zimmer has been a key architect of the company's rapid growth into one of the industry's leading entertainment companies. He has also been a primary force behind the expanding role of talent agencies in the global intersection of entertainment, media, marketing and finance, and is a prominent thought leader within the creative community.